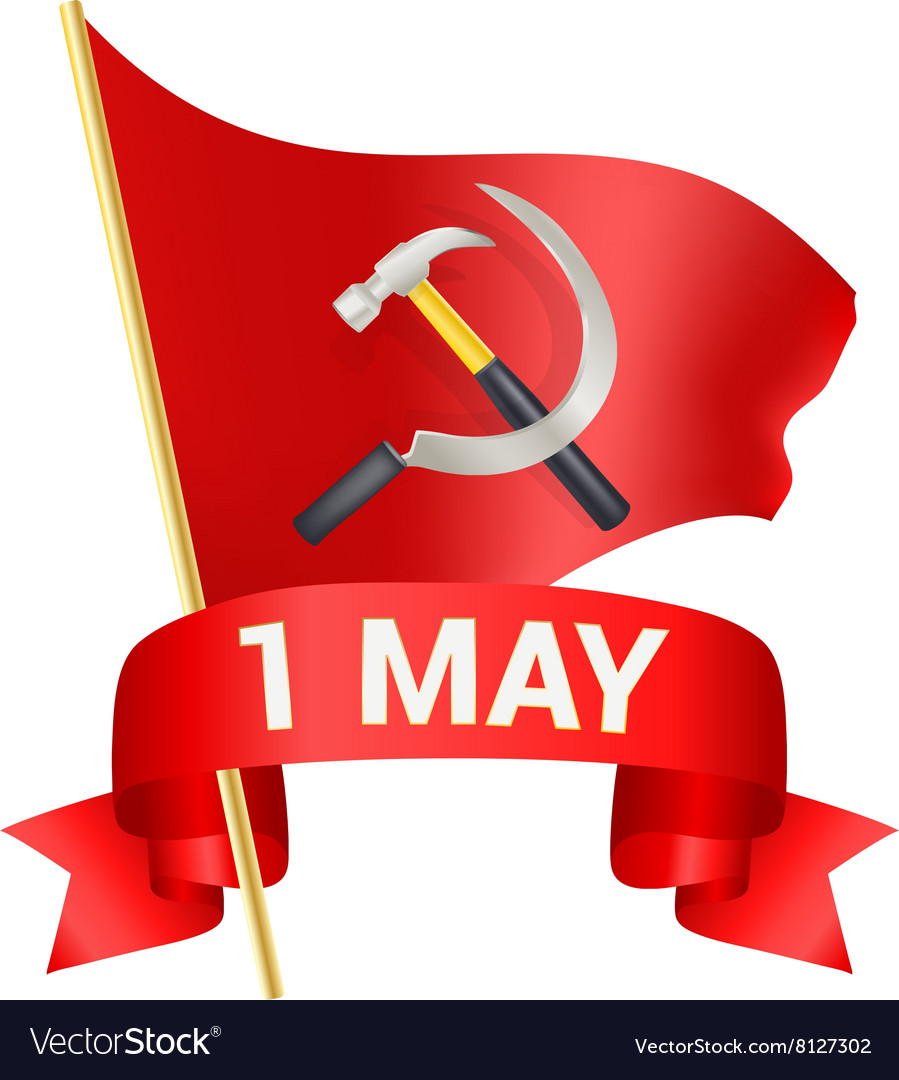 The immediate task of the World Proletariat and Marxist-Leninist-Maoist forces is to utilize the developing revolutionary condition at the international plane, destroy the destructive Imperialism and establish Socialism where there is no way for wars!

May Day is the day on which the world proletariat expresses its determination of struggle. It is the day the proletariat assesses its balance of forces for freedom, independence, equality and sovereignty and mobilizes its entire strength to fight tirelessly and with further determination. On this day it pledges for the success of proletarian revolutions of their countries and thus that of World Socialist Revolution. On the occasion of May Day,we convey Red Salutes to the world proletariat that is relentlessly fighting against imperialism.

It is the nature of imperialism to destroy the world, environment and the people. It stays alive only in persistent destruction. Imperialism created destructive Corona, is restructuring the economies as a part of globalisation policies in order to overcome its economic and financial crisis and is putting the whole burden on the people. It is collaborating with the Comprador Bureaucratic Bourgeoisie and Big Landlord classes of the backward countries of Asia, Africa and Latin America and is indiscriminately looting the natural resources, cheap labour force and markets in the name of capital and technology through forcible and unequal agreements. However, it does not seem to recover from the crisis. Depression, inflation and unemployment intensified. The entire living of the people including health and education is in crisis and people are facing extreme difficulties. Disparity between the rich and the poor is rising. The war dependent US economy is instigating numerous wars in all corners of the world for its super profits and is selling arms. Life turned terrible and people are rebelling. Imperialism is propping fascist forces to suppress them. Due to the destructive policies followed by imperialism, the fundamental contradictions at the international and domestic planes are intensifying and thus revolutionary conditions are evolving.

Contradiction between Imperialism and Oppressed Nationalities and People

People of several backward countries are fighting with dare against imperialist globalisation and the governments that do not provide employment, education, health and other such basic facilities and cause soaring prices. Oppressed nationalities are fighting against the suppression of nationalities. The withdrawal of the US armies that have been oppressing Afghanistan for the past 20 years is one of the important developments in the past one year. The US faced defeat in Afghanistan in 2021 like it faced in Vietnam in 1975. These developments show that if the people fight with firm determination, modern imperialist armies need to wind up. For example in India, militant struggles of various oppressed classes, sections, tribal and oppressed nationalities are going on against the neo-liberal, corporate sponsored policies of Brahmanic Hindutva Modi government. Workers are taking up united struggles against the four codes brought in the place of labour laws, against privatisation, casual-contract system, Artificial Intelligence, work burden on the workers-rise in working hours, fall in real wages, terrible working conditions and cut in welfare programs and for minimum wages and employment guarantee. The unprecedented success of the countrywid strike observed by Trade Unions on 28-29 March with the broad support of farmersʹ organisations is an indication of workerpeasant unity.

Contradiction between Bourgeoisie and Proletariat in Imperialist countries

Imperialism is exploiting the proletariat and the middle class in order to overcome its crisis. It is utilising Artificial Intelligence technology and is making cuts in permanent jobs and welfare programs. It is putting extreme tax burden on the people. COVID restrictions out of the crisis of Corona, removal of jobs, more working hours, decrease in wages and high prices are leading the proletariat, employees, students and environmental activists into large scale agitations and strikes. Workersʹ demonstrations are taking a militant form in several countries.

Contradiction among the Imperialist countries

The new President of the US Joe Biden is taking and implementing utmost aggressive decisions to sustain the declining world hegemony of the US. It sustained the hegemony of the NATO and G-7 countries in order to control Russia and China that are coming forth as imperialist contenders, strengthened ʹQUADʹ; formed ʹAUKUSʹ. But Europe is not in a condition to cooperate with the US. Germany and France are dependent on the oil and gas imports from Russia. On the other hand intervening in Taiwan affairs, the competent military exercises of China and the US in Taiwan Sea waters are becoming more and more dangerous. Russia and China made an agreement for military cooperation. Tensions and conflicts between the imperialist countries reached an unprecedented intense level since the end of cold war. In this process Russia indulged in war of aggression on Ukraine. The US broke its promises to Russia and expanded NATO and by force or lure made 30 countries part of it; it announced that it would join Ukraine that is the 3rd biggest military force in Europe in NATO; made joint military exercises with Ukraine; deployed its military forces, military ships and missiles in support of Ukraine; with this Russia deployed one and a half lakh army on the borders of Ukraine and imperialist contradictions broke and led to Russian war of aggression on Ukraine. This is going on in a destructive manner for the past two months. Talks between Russia-Ukraine on April 12th failed. The war is undoubted going to lead to further destruction. It shall push the people into unbearable oppression and crisis. World proletariat and other oppressed classes and oppressed nationalities are suffering in the games of the imperialist countries in its economic and hegemonic interests. The danger of World War III is looming.

The war that broke in the form of Russian war of aggression on Ukraine is imperialist war. Ukraine is a bait in the hands of the US. We call upon the workers, peasants, middle classes and other oppressed classes and oppressed nationalities to condemn the war. We call upon the proletariat of the world, the oppressed classes and oppressed nationalities to uphold the teachings of Karl Marx and Frederick Engels that ʹthe ʹworking classʹ do not have a country …..communists in all places always support each and every revolutionary movement against the existing (capitalist) socio-political systemʹ, ʹworkers of all countries unite and the teaching of the great Marxist teacher Lenin, … Enlightened proletariat does not support any of the horde of imperialist wolves…ʹ and not to take the side of any imperialist country in the war. People all over the world are making militant struggles with the demand to withdraw NATO in the leadership of the US, to fight back the destructive measures of the US to sustain its declining world hegemony making Ukraine a scapegoat, that Russia must immediately and unconditionally stop war on Ukraine as per the aspirations of the people of the world and that Russia call back its armies. Revolutionary conditions are developing. It is the task of the world proletariat to utilize those and intensify anti-imperialist struggles. It must thus mount pressure on the Putin government. If Russia indulges in nuclear war and starts World War III, the proletariat must learn from the great experience of the success of October revolution of the entire oppressed classes and oppressed nationalities in the leadership of the proletariat in the leadership of Comrades Lenin and Stalin in 1917 by transforming World War I into a civil war, and upholding its legacy, must bring down the Putin government. It must establish a new and higher Socialist government in the leadership of the proletariat. The proletarians and oppressed people of the US and European countries must make militant movements in the leadership of the proletariat demanding a stop to instigate Ukraine in this war. If the USNATO alliance indulges in World War III, it must be transformed into civil war.

Similarly, the proletariat of the new Social-imperialist force China must teach a lesson to it. We appeals to the world proletariat and the oppressed people to protect the people of Ukraine fleeing to other areas as refugees with a humanitarian perspective. The proletariat and the oppressed people of Ukraine must condemn the pro NATO, especially the pro-US-EU imperialist policies of the Zelensky government that turned the country into a satellite of NATO, especially the US imperialists. They must transform the war imposed by the imperialists into civil war, in order to protect the sovereignty of their country and for the survival of their nationality. The oppressed people of Ukraine must fight against all kinds of imperialism in the leadership of the proletariat of the country and achieve sovereignty. The oppressed nationalities and people of Donetsk and Luhansk Republics of Donbass area must achieve their future depending upon their own strength in the leadership of the proletariat and not by depending on Russian imperialism. The people of the backward countries must fight for the annulment of all kinds of agreements including military agreements made by the comprador governments with imperialist countries. The only way and the immediate task of the proletariat of the world and Marxist-Leninist-Maoist forces to achieve liberation from imperialist exploitation and oppression and to establish world peace is to root out imperialism from this earth and establish Socialism, where there is no way for wars.

In order to achieve this task it is necessary to establish an appropriate International Revolutionary Proletarian Organisation according to the present concrete conditions. In the recent times, the vanguard groups and organisations of the world are taking up the demand of the present toiling people and are consolidating gradually so as to provide united leadership to Socialist, New Democratic Revolutions and Nationality Liberation struggles in the direction of their liberation. Unity and solidarity are developing among these. It is a welcoming development that few Maoist organisations agreed to the necessity of building International forum and requested to immediately take up measures in this direction. This indicates the developing subjective strength of the world proletariat. Basing on this, let us try to establish International united forums with a specific plan to provide united leadership to fight back all kinds of offensives and wars of the imperialists, to establish peace in the world, especially Ukraine and to the antiimperialist struggles.

Let us further unite in this direction.

Construction Committee of the Maoist Communist Party of Galicia

This JD is proposed from Indian Comrades – It is possible to sign it after MayDay -in the next days we publish notes of few parties that sign this declaration for debate. 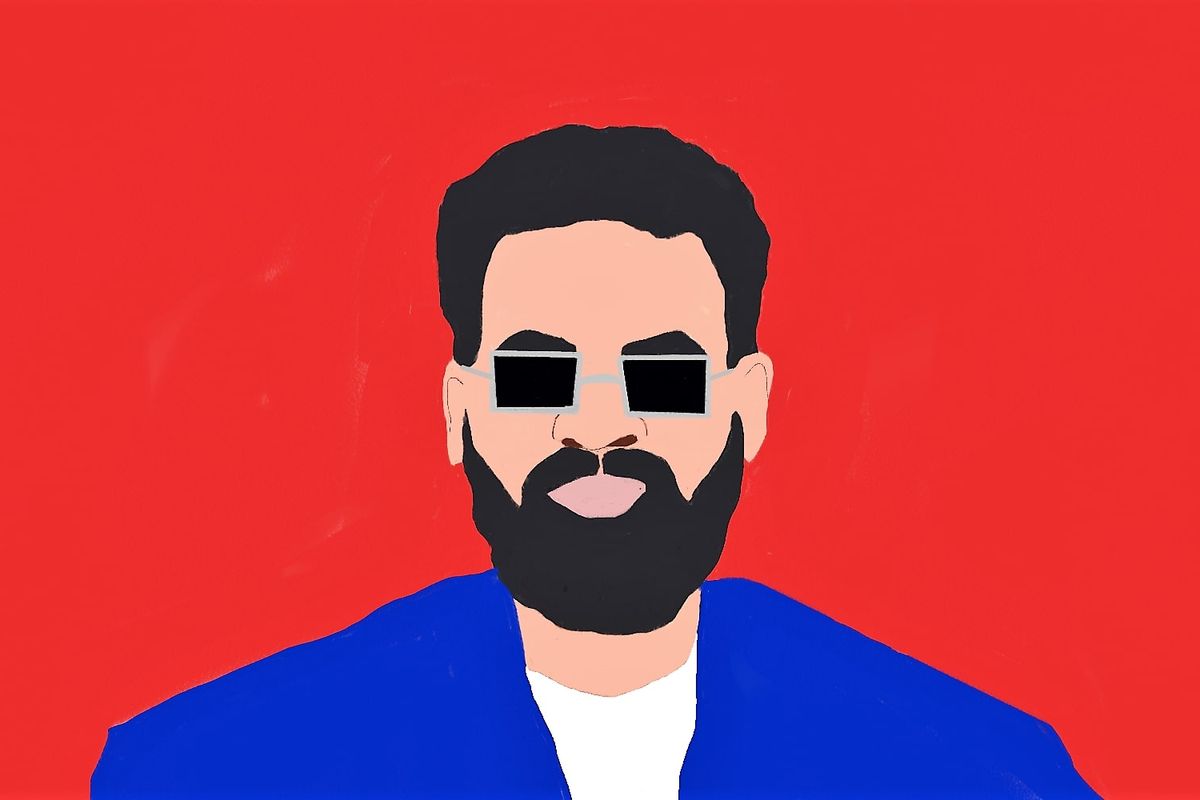