5th Statement of the Central Committee of the MLPD on the War in Ukraine, 26 April 2022

Following the Russian attack on Ukraine, on 27 February Chancellor Olaf Scholz proclaimed a “historical turning point”. The imperialist peace was supplanted by preparation for war. There were still assurances from all sides that the aim was to end the war. However, the war became more brutal, an armament spiral was set in motion.

Meanwhile a new phase has begun. US President Joe Biden, NATO generals, and the German federal government now declare that the aim is to win this war. However, a Ukrainian victory over Russia can be achieved only by the use of heavy offensive weapons and only if NATO directly intervenes. That would be the beginning of a Third World War.

Any criticism of this course is suppressed with warmongering and mendacious propaganda. Every world war began with this. Russian Foreign Minister Sergey Lavrov announces that transports of heavy weapons will be bombed and regarded as NATO’s entry into the war. Russia and the USA are preparing to use nuclear weapons. The German government now also will supply heavy weapons and increasingly is becoming a party to the war. At the US Air Force base Ramstein (Germany), today 40 countries forged a war alliance.

To date, no side is willing to make concessions. Peace is not possible otherwise! To end the First World War, in the Peace Treaty of Brest-Litovsk Lenin even ceded large territories.

In this phase of accelerated destabilization of the imperialist world system, the question immediately arises: Will the warlords take their plans to the limit? Or will the world’s masses stop the Third World War through active resistance and draw their own conclusions: it is time to take up the struggle for the future of humankind in genuine socialism!

Come on 8th May to Essen/Gelsenkirchen for the first manifestation of a new peace movement! It is the only countrywide demonstration so far which with great earnestness opposes the danger of the Third World War and every imperialist aggressor.

Demonstration and rally with dedication of a socialist memorial:
8 May, 11 a.m., Zweigertbrücke in Essen // from 1 p.m. Schmalhorststr. 1 in Gelsenkirchen
Demo, speeches, culture, refreshments 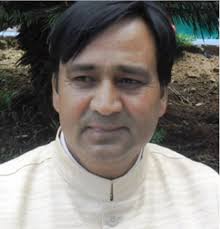