Boycott the fake elections to Assembly in 5 states:  CPI (Maoist)

Boycott the fake elections to Assembly in 5 states:  CPI (Maoist)

The Central Committee of the CPI (Maoist) calls upon the people of Uttar Pradesh, Uttarakhand, Punjab, Manipur and Goa to boycott the fake phase wise elections to the Assembly from 10th February to 7th March. On this occasion the CC once again places the New Democratic Revolutionary alternate program before the people of the country.

We are aware that the present electoral policy of our country has been being implemented for the past 72 years since the transfer of power. The Brahminic Hindutva Fascist BJP government is holding ʹGolden celebrations of Independence Dayʹ this year to deceive the people. Several parliamentary political parties came to power in the center and several states including the present five states. There are various national and regional parties. Anyhow until now the fundamental, minimum daily problems of the particular social sections of the oppressed classes were left unsolved. None of the parties in power took concrete measures for a proper solution. All the bourgeois, revisionist, neo-revisionist parliamentary political parties of our country including the Congress party that was in power for the most of the time, the parties that later came to power, the present BJP only serve the interests of the imperialists, comprador big capitalists, foreign corporate companies and the feudal classes of the country. Since the General elections in 1950, all the governments in power only implemented anti-people policies. All these parties represent the exploitive classes. The BJP in the center and the state governments in various states including Uttar Pradesh have been absolutely, openly and unceasingly been implementing policies against the interests of the people, farmers, workers, tribal people, employees, teachers, religious minorities and women.

Modi turned has become a main slave of the imperialists and the domestic and foreign corporate companies. His government on one hand lied to double the income of the farmers and on the other made the three anti-farmer, traitorous Agrarian Acts to hand over the agriculture sector of the country to the domestic and foreign corporate companies that would destroy agriculture. Farmers of Punjab, Haryana and Uttar Pradesh were in the forefront in the historic, lengthy and unique farmersʹ struggle in the country against the Acts. They pressurized the Modi government to withdraw the Acts. Modi is indulging in measures such as jobs to lakhs of youth, lakhs of rupees in the bank accounts of people, ʹKisan Samman Nidhiʹ, ʹMazdoor Nyay Yojanaʹ to divert the people in an attempt to transform the country dependent. Demands of the farmersʹ movement such as withdrawal of Electricity Bill-2020, an act guaranteeing Minimum Support Price and withdrawal of cases against the struggling farmers are not yet solved. Farmers observed ʹDay of betrayalʹ on 31st January in protest.

Modi government is eager to implement the 4 labor codes that it made in the place of the 44 labor laws that were imposed by Finance Capital. The tribal areas in Jharkhand, Odisha, West Bengal, Andhra Pradesh, Telangana, Chhattisgarh and Maharashtra are being transformed into a hub of military in a bid to eliminate the ongoing revolutionary movement and organs of peopleʹs state power and thus hand over the natural wealth and resources of the country to the domestic and foreign corporate companies. The tribal/indigenous people are fighting against the same. We need to understand the look east policy of Modi in this background. Special packages and models of development are being announced daily to eliminate the North East nationality movements and thus to exploit the resources.

Modi is stepping forward towards building Brahminic Hindutva Fascist India in the name of new India. We need to understand the annulment of Triple Talaq, laying the foundation for Ram Mandir, annulment of Article 370, attack on demonstrators in Shaheenbagh, the statements of RSS against reservations, the rising attacks and atrocities on people of the Dalits, Muslims, Christians and all religious minorities, tribal people and women in this background. The attacks intensified since BJP came to power in UP. Goondas and mafias gained unlimited authority. As a part of drowning the people in the opium of religion, on one hand temples are being modernized, new constructions are being taken up and on the other crores of public money is being spent on roads, bridges, airports and other such things in the interests of the capitalists. There are no measures to enhance the living standard of the workers, farmers and other oppressed classes. Moreover, the purchasing power of the people declined and they are dying and committing suicides due to soaring prices and hunger.

Domestic and foreign capitalists are given importance in government policies and budget, special packages are allotted, subsidies given in taxes, loans are waived to the number of lakhs and crores of rupees. This is nothing but handing over public money to the comprador bureaucratic capitalists. This is making the rich richer and the poor poorer.

The BJP government in the center is taking up saffronisation, corporatization and centralization in the name of National Education Policy and is depriving the poor, especially the Dalit and tribal people, Muslims and women of education. This is going on as a part of a protracted plan. The state governments are also part of this. Lakhs of primary, secondary educational institutions and universities are already closed. Conditions imposed by the IMF are implemented and there is a constant cut in permanent jobs. All the appointments are on contract, casual and temporary basis. There are cuts in the wages of teachers and employees. The people of the concerned sections are agitating against these.

The reason for the withdrawal of farmersʹ laws and the hesitancy of the central government to make the labor codes and Forest Amendment Bill-2019 into Acts is the heavy pressure of peopleʹs movements and also the greed of BJP to come to power in the five states and also in the coming general elections. All the parliamentary political parties are indiscriminately using caste, clan, religion, gender, regional sentiment, money, liquor and other such things and are playing with the lives of the people only to come to power.

In this background the Central Committee of our Party calls upon the people of the country including those of the five states, especially the farmers, workers, tribal and Dalit people, women, Muslims, Christians, Sikhs and other religious minorities, intellectuals, teachers and employees to boycott the elections to the Assembly in the five states and to unite, organize to build a militant, broad movement to solve their problems. It calls upon to take part in the New Democratic Revolution with the axle of Armed Agrarian Revolution that would solve the fundamental problems of the entire oppressed classes such as the farmers, workers, petty bourgeoisie and especially the special social sections such as the Dalit and tribal people, religious minorities and women and for genuine liberation and all- round development. 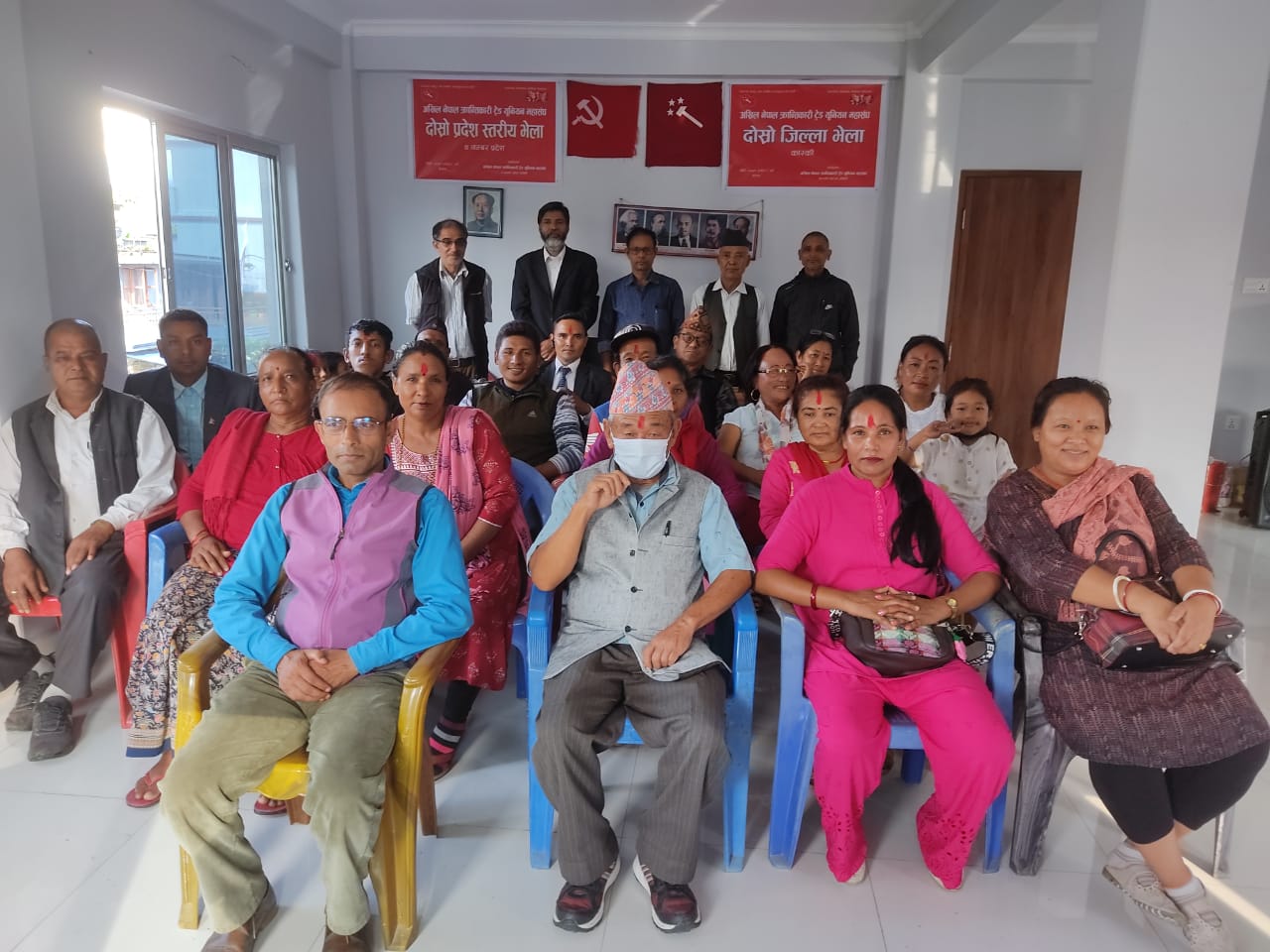